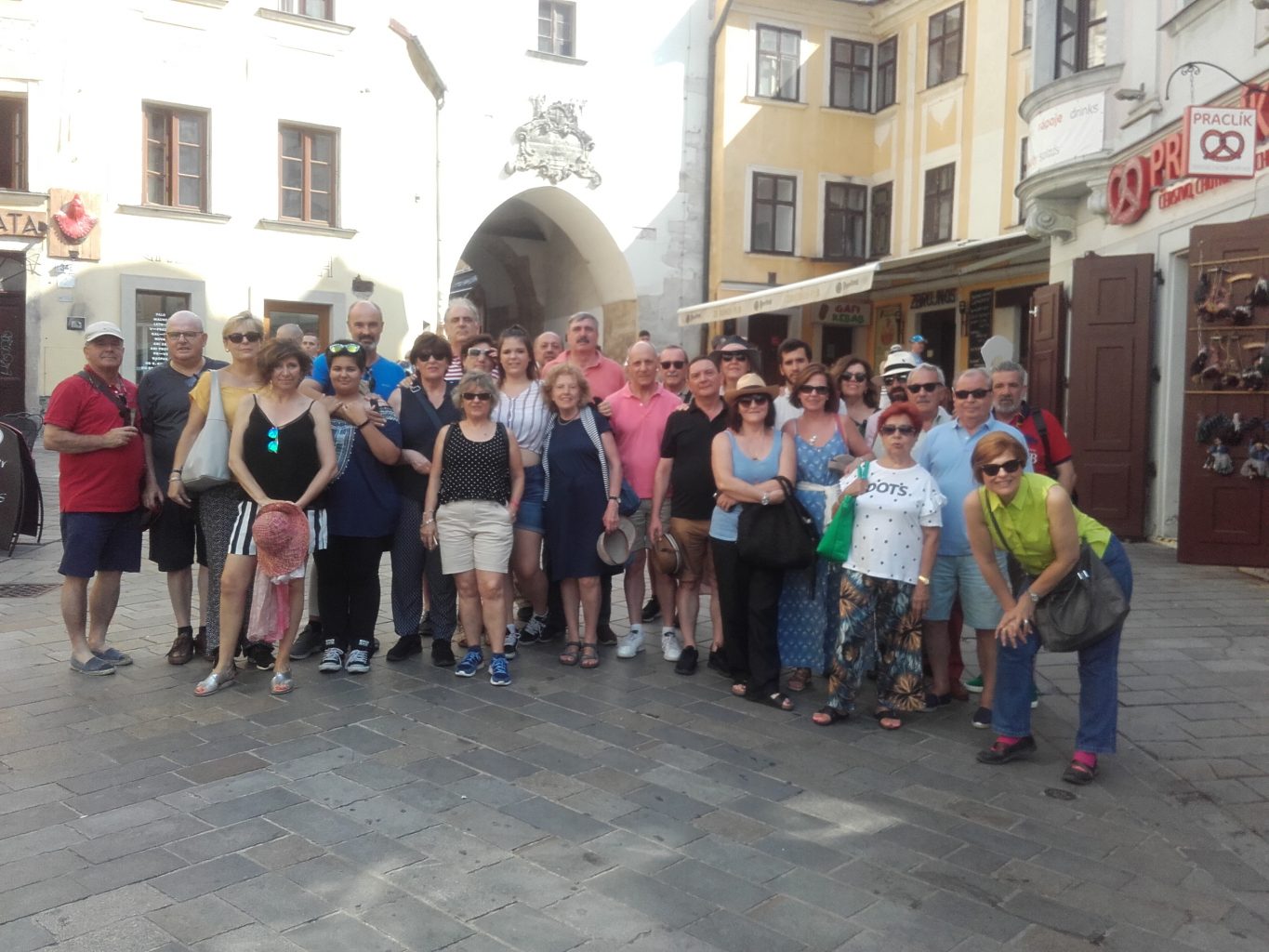 Do you have just 3 days to explore Bratislava? As Bratislava is more cozy than large, 3 days it is enough to get know the city well. Let`s discover with us Bratislava in 3 days. 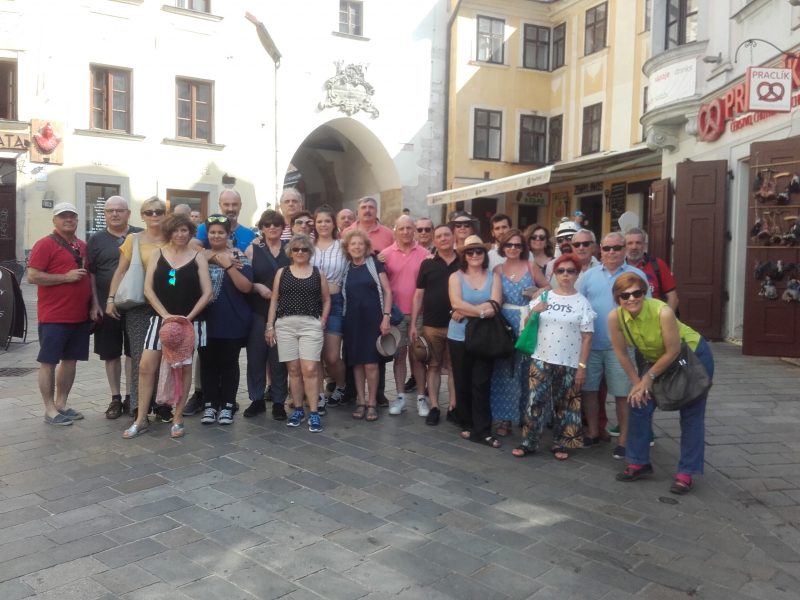 You’ find many of the top sights along historical downtown, where are located St. Michael’s Gate, St. Martin’s Cathedral, Primates Palace, House of Opera, Reduta, and many more.

Once you’ ve worked up an appetite sightseeing, it’ s time to taste some typical Bratislava delicacies: Bratislava rolls with coffee, traditional Bratislava cuisine which is mix of Austro – Hungarian cuisine, and for those who likes new chalanges they can try the slovak pecularity Bryndzove Halusky (dumplings with sheep cheese). These restaurants serve some of the best Bratislava dishes:

Bratislava offers plenty of oportunities for exploration in the evening as well. Summer in Bratislava is best enjoyed outside. Both river banks of Danube, are the perfect place to end your day. Numerous bars and restaurant along the promenade offer many opportunities to sit and relax.

“Eat breakfast like a king,” as the Bratislavers like to say. A proper Bratislava breakfast includes fresh Bratislava bagel with butter and jam, cheese or ham, as well as scrambled eggs and a good cup of coffee.

After breakfast, take a stroll in charming historical city center, enjoy cosy and relaxing ambiente of the town. You can visit Weapons Museum
located in St. Michael’s Gate and at the end you can admire a breathtaking view on Bratislava from top of the tower.

A trip to Bratislava isn’t  complete without a visit to a museum. The city has interesting museums worth to see.

The main highlight of Bratislava is definetly Bratislava Castle, where inside is located Slovak Nationa Museum. The museum collections proving the development of society in Slovakia from the Middle Ages up to the present. It also builds up, administers and processes a numismatic collection from the earliest times up to the present and collections documenting the history and ethnological development of Slovak people abroad. 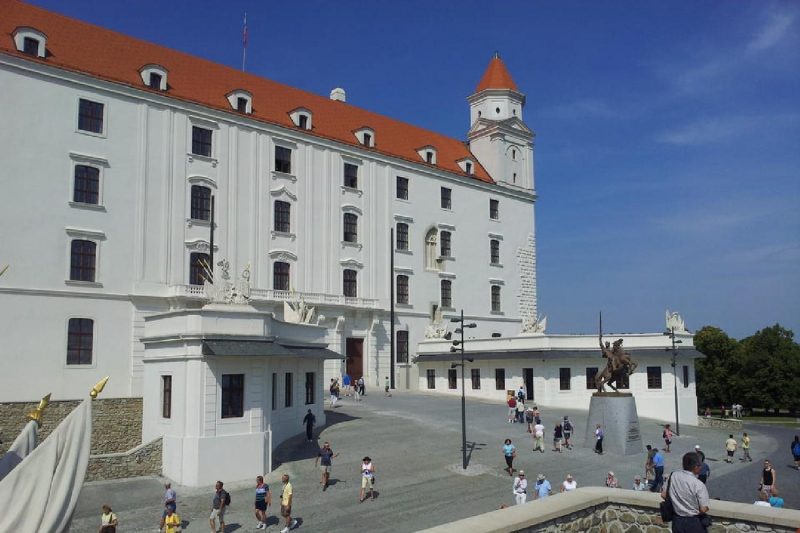 The oldest traces of Slavic settlement date from the 8th century, and in the 9th century a fortress from the period of the Great Moravian Empire is believed to have stood here, linked to ruler Prince Rastislav.

For the local people, the western part of Bratislava is one of the most popular venues for a trip. Just 10 km west of the city centre, Devín Castle is set in beautiful natural scenery. Built on the top of a high crag, it towers over the small village of Devín and the confl uence of the Danube and the Morava rivers which form the border with Austria. Up to 1989 the Iron Curtain was drawn below the Castle, lined with barbed wire. Along the Danube, under the Castle and further up the Morava, the Morava cycle-path leads through landscapes untouched for decades. Above the village of Devín, the highest hill of Bratislava is criss-crossed with a number of way-marked paths which offer spectacular views of neighbouring Austria with Vienna and the Alps in the background. There are actually two castles in Bratislava. Paradoxically, both of them were destroyed within the same two year period. 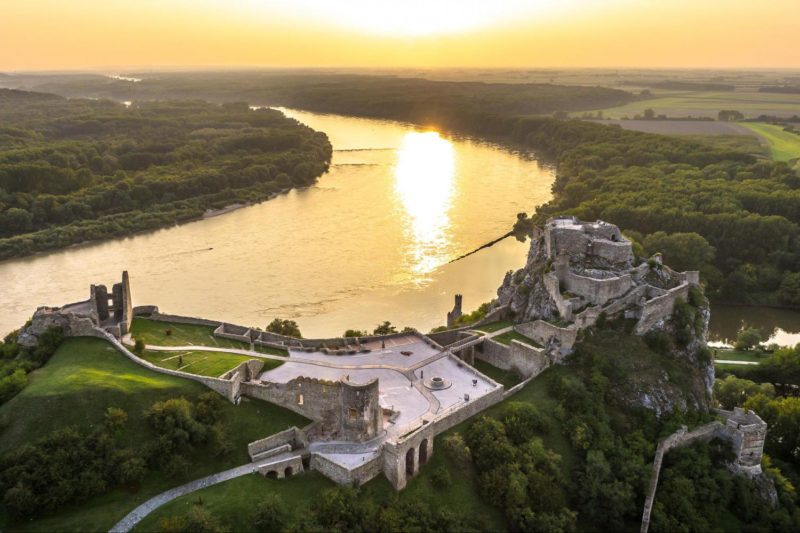 he Danubiana museum is situated on the Danube peninsula only 30 minutes away from Bratislava and is considered to be the youngest modern art museum in Europe. The dam Gabchikovo is famous for its beautiful nature among the citizens of Bratislava and it is home of Slovak national slalom team Dunaji.

Either book half day Small Carpathian Wine Tour, or if you do not have so much time visit the National Wine Saloon located direcly in Bratislava.

Now you are ready to get know, one of the youngest capital cities of European Union, what are you waiting for?

« Where To Eat The Best Burgers In Bratislava
Bratislava’s Opera »